Samsung is working on a new 8 tablets 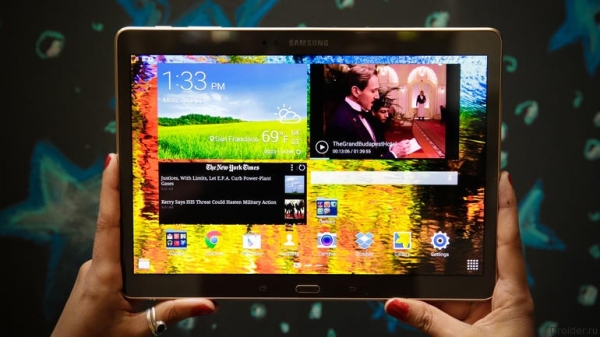 According to Internet resource Sammobile, Samsung is currently is working just above 8 new tablets.

In the list of available indexes (SM-P350, SM-P351, SM-P550, SM-P551) with the letter P, the presence of which indicates the range of Galaxy Note. It is noteworthy that the numbering used in the indexes relatively lower than that already present in the market - SM-P600 and SM-P900 (it is a tablet Note 10.1 2014 Edition and NotePro). Apparently, the South Korean company's engineers are working on a budget version.

According to Sammobile, some plates will be presented either in the second quarter of 2015, or in the fourth. Expected, all the devices will run on the operating system Android 5.0 Lollipop, but it is possible that Samsung may submit tablet Tizen OS, which the company paying more attention.