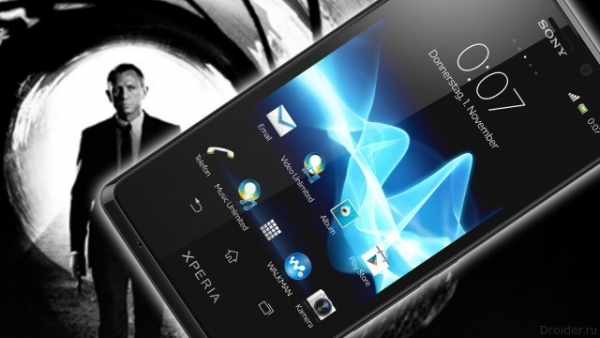 Prior to the exhibition MWC 2015 is a couple of weeks, and hopefully flagship Sony has managed to make a lot of noise.

In particular, the device has been certified by the FCC and the center of the Indonesian Postel ,

and has been seen on "live" photos. This time, the Xperia Z4 lit in the benchmark Geekbench.

On the eve of the database benchmark added some unannounced device from Sony is running Android 5.0.2 Lollipop. According to published information, the smartphone is equipped with 3 GB of RAM, 810 Snapdragon chipset clocked at 1.55 Hz in the "weak" cores and 2 GHz in the "strong".

Earlier it was reported that the Xperia Z4 gets a new 20.7-megapixel main camera module, a 5-megapixel front-facing camera, and battery capacity of 3000 mAh. 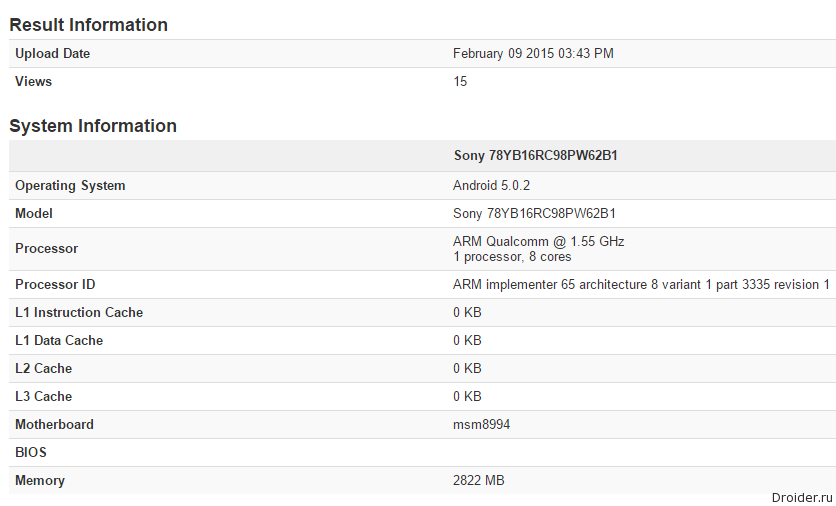 It is expected that the new flagship will be released in two versions: Xperia Z4 Compact and Xperia Z4 Ultra. One model will get a Full HD-display and will be focused on Europe, and the second Sony engineers will equip QHD-matrix for the US market.

As for the announcement of leader, then, according to recent data, it will be held on the eve of the premiere of the next James Bond film, and will play an important role in its marketing support.