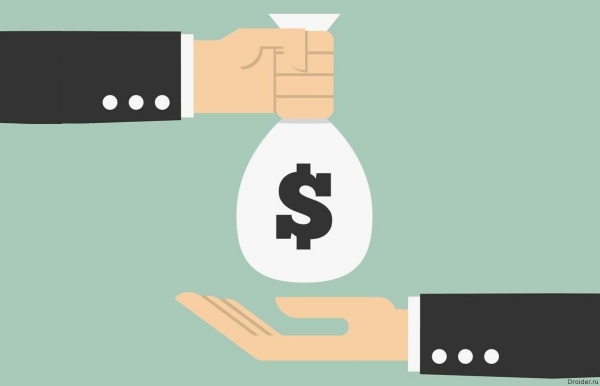 Today in the United States celebrated the National Day of inventors. They say a toast to all the tough guys from Silicon Valley, to spend time in coworking and a cup of the US coming up with ideas for startups. 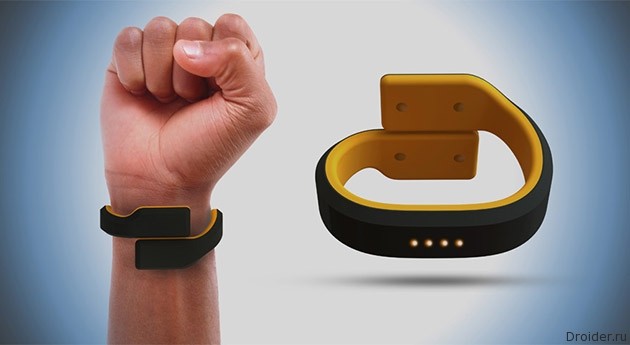 Boston innovators decided that the use of mild shock therapy - is the best way to quit smoking, drinking or moral decay. Inventing crazy combo of electricity, style and environmental protection, the guys decided to create a smart bracelet Pavlok.

This gadget is not only ready to wake up in the morning or remind of the inadmissibility of the action performed a characteristic sound signal, but also allow the body to feel short discharge from 17 to 340 volts. Developers immediately warned - these electric shocks will not cause harm, but will significantly motivate the owner.

Fundraising for the serial production of the device, it was decided to start kraudfaydingovom resource Indiegogo. The goal of 50 000 dollars for 3 days was reached, and for all brave American inventors have collected more than 268,000 "green". 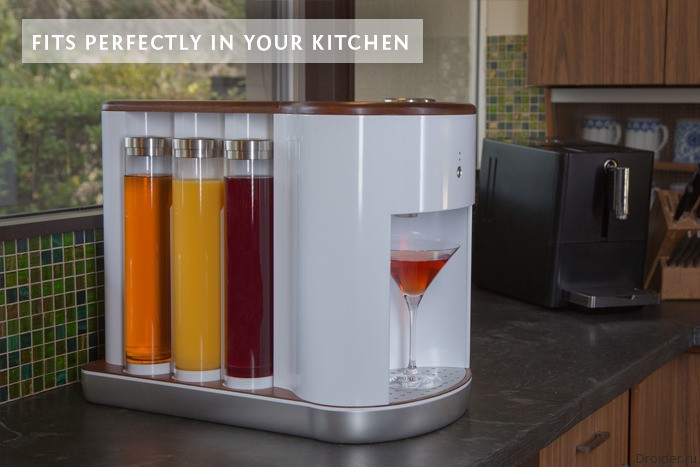 I enjoy after a busy day have a few cocktails? A connoisseur of spirits, and pore over cooking something special you do not want? Crowding in noisy bars - this is not for you? Then the robot bartender from California startup Somabar - just what the doctor ordered.

Somabar a few seconds to prepare a cocktail, and you will only consume only gotovenkoe. Personal robot bartender will offer a choice of more than 300 variants of alcoholic and non-alcoholic beverages. Authors equipped brainchild Wi-Fi-module, so that the robot can be controlled directly from your mobile device.

fundraising was launched at the site Kickstarter. Who wants to have a drink with a robot bartender were so many that the project is easily collected more than 312,000 dollars in donations. It is expected that the sale Somabar begin in July of this year. Price of the device is not so fantastic - $ 499. 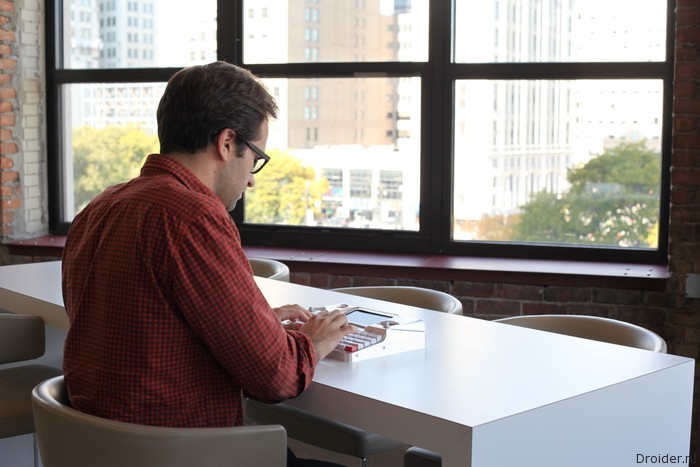 Century typewriters are long gone, but vintage is likely to be popular forever. At least, so say the inventors of Detroit, who "re-released" typewriter. Model called highly symbolic - Hemingwrite.

External device is very similar to the much-loved writers and journalists compact typewriters recent past, with one important exception - there is no print mechanism and does not need the paper. Most of the functions performed by a dedicated switch or keyboard. All texts are printed on this miracle, go straight to the cloud.

For commercial project required amount of $ 250 000. According to the results on Kickstarter, the authors were able to attract more than 342,000 dollars. 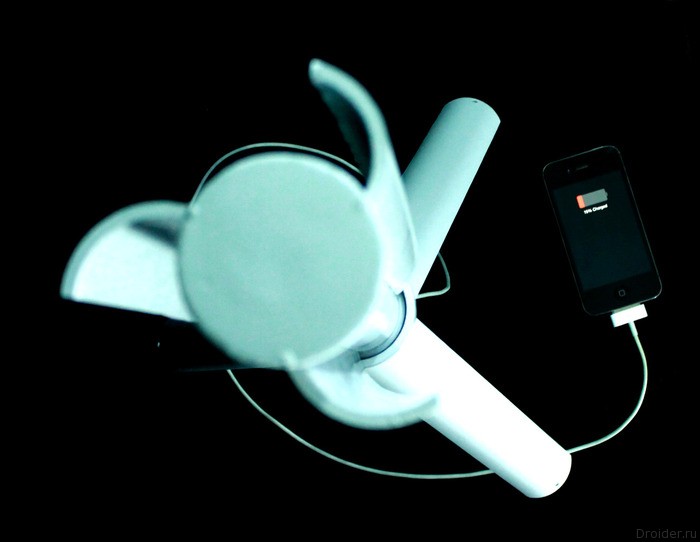 Never thought that it is possible to use the wind to charge the smartphone? But inventors from Minnesota just took and made ​​portable wind generator Trinity. Accessory can generate electricity even with a small breath.

Generator Trinity easy to "fatten" smartphone at night or in cloudy weather. When folded, the gadget has a height of 30 inches and weighs 1.8 pounds. In addition, Trinity has a built-in battery for 15 000 mAh, which is enough for a few charges. And yet the device is protected from moisture, so quietly survive the journey.

For the mass start Trinity inventors required to obtain a minimum of 50 000 dollars. Community platform Kickstarter did not disappoint and .

Dog - man's best friend. Therefore sad to see when the brothers do not get smaller due attention from the ever-busy owners. The inventors of San Diego decided once and for all solve the problem with the device CleverPet - game console for pets.

CleverPet is a standalone system that is able to attract the attention of any dog ​​and distract him from damage furniture and household items. The system will prompt the animal to "solve puzzles", and for the correct execution will reward your pet a treat. In addition, CleverPet can monitor the progress of the dog, giving master classes results.

A nice bonus is the fact that absolutely any software to be able to write CleverPet system owners. All works on this Spark Core, compatible with Arduino.

On the realization of a dream of millions of "dog lover" money collected all the world through the platform . Helped out even more than necessary - 180,000 dollars. It is expected that at the start of sales of the device will cost about $ 280. 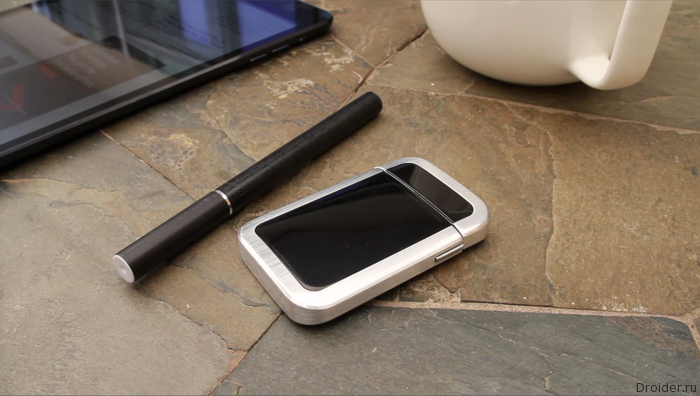 What did not do to quit smoking. However, hardly anyone else, except the team from Boston, was conceived to end the habit with the help of the lighter.

Quitbit is a "smart" lighter. Operation is based on a standard fitness tracker. Only in this case, the gadget uses a heating metal spiral and the number of times it ignited. It is worth noting that the main task is to help devaysa smoking cessation, so in all other cases, the purchase Quitbit be a waste of money.

By the way, seemingly meaningless device on Kickstarter, more than 55 000 dollars.

Android is widely sweeping the Russian market
LG has introduced a new 5.5-inch smartphone
Fresh rumors about Nokia Normandy: 6 color options and dual-core processor
Xiaomi working on your own car
Evleaks back with shots HTC One M9 and M9 Plus
Read 2084 times
back to top