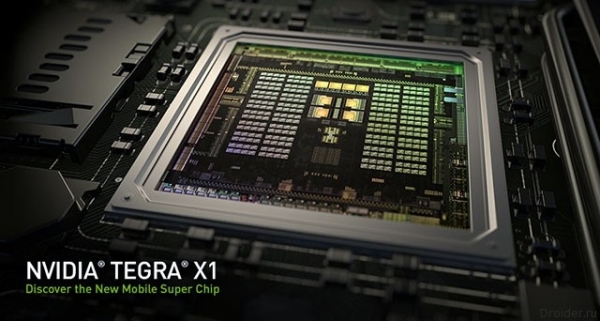 Six months ago, it was a powerful Tegra K1. But no limit to perfection, so before CES 2015

The main feature of the new solution was the graphics architecture Maxwell. 64-bit processor uses the same technology known to many big.LITTLE, where 4 cores - is a powerful Cortex A57, and the other 4 - energy-efficient Cortex A53.

As the company says, Tegra X1 delivers twice the performance compared to K1, but retain the same level of battery consumption. 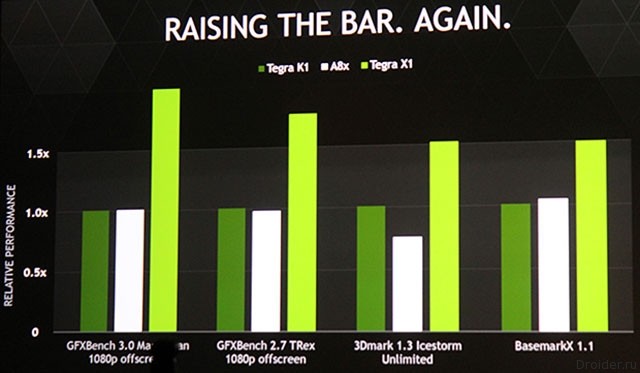 In the picture above, NVIDIA showed a graph comparing the performance of the new Tegra X1, his predecessor, K1, and chip A8x, set in the iPad Air 2.

The company boasted that Tegra X1 became the first mobile chip capable in theory give the performance of floating-point level 1 teraflops.