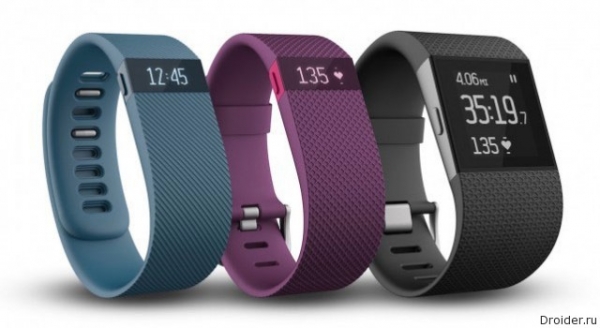 Taking into account the fact how much wearable devices were presented at CES 2015, Fitbit just could not stay away.

and the Surge, which the developers call "overclock".

The junior model (namely such a Charge HR) can count the number of steps you've walked and floors while climbing the stairs, track sleep phase, as well as to observe the change in heart rate during the day. However, this will affect the operation of the single charge bracelet - about 5 days. Small OLED-display shows the caller's name, who is calling.

Model Fitbit Surge, in addition to all that is written, boasts a GPS-module and moisture. Grown up on the 1.26-inch touch screen, you can get information about incoming calls and notifications, control music playback and set alarms.

Both models are now available for purchase on the official website at the price of $ 130 per Charge HR and 250 dollars for the Surge.