Meizu decided to move away from their preferred model of "one device per year." We have already seen devices such as MX4, MX4 Pro and M1 Note.

Next week the company will make more

one step in the direction of the lineup, announcing M1 Mini under the sub-brand of Blue Note.

The press has already started to receive invitations to the presentation, which will be held on January 28. 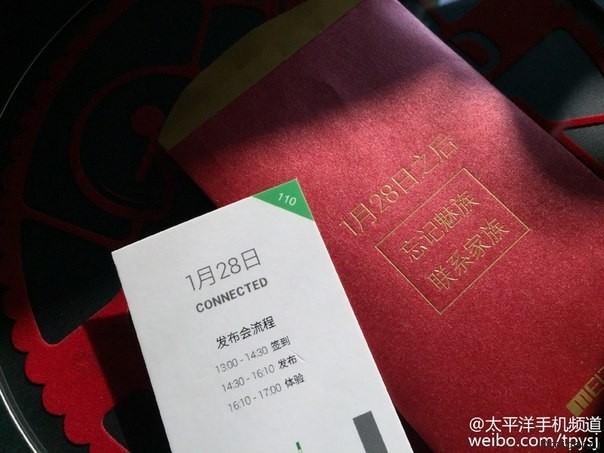 It is expected that Meizu will present a mini-version of Phablet M1 with the following characteristics: a screen with a diagonal of 5 inches with a FullHD-resolution, eight-64-bit processor MT6753, 2 GB of RAM and 16 or 32 flash, the camera 13 and 5 megapixels.

Apparently, the model will be positioned as a response RedMi 2 of Xiaomi, as evidenced by the price of 130 dollars.